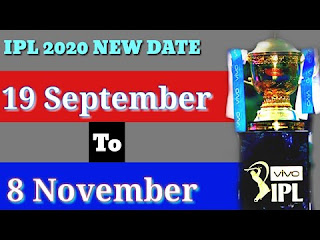 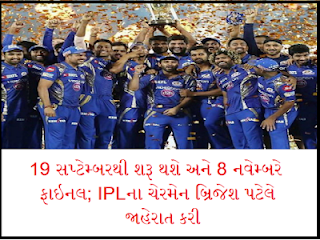 The final match will be played on November 8

The league will be played for 51 days

In order to travel to Australia, India has to stay in touch for 14 days as per the government rules there. Delays in the IPL can make it difficult for players. The tournament will last for 51 days, sources said IPL 2020 TIME TABLE

What time does the IPL match start?


According to private media, the IPL 2020 match will start at 7.30 pm. In India, the matches started at 8 am and the toss was at 7.30 am, but this time the IPL could take place in the UAE due to which the timing of the matches is changing.